One Year Later – Part 2: Back in the Game

“What are the rules of this game? Be yourself, because you can do it better than anyone else, and be a friend.”

*This is the 2nd post of a two part series – Click here to read Part 1: The Day the Rules Changed

A month ago last week was the most surreal week of my life. Not only was the entire world reeling from news of Covid, I was fresh out of the hospital after the accident that sent a piece of tree trunk through the corner of my eyelid into my brain. While everyone was amazed that I was released so soon and making progress, it turned out that “progress” was wildly open for interpretation.

For over a month after being released from my twelve day hospitalization, Erica and I lived mostly five hours away in Birmingham, returning to see our kids only on weekends in long drives that exhausted the little reserves I had. Though I was physically present, I was emotionally absent from everyone in my world. My normally empathetic self did not care to engage with people used to regular displays of affection and words of affirmation. To my confused family’s dismay, that didn’t change when we came home for good. I was there, but not.

My speech therapists got all my words. For over a month, I spent weekdays in Birmingham in daily sessions where I talked and participated and got all the props for how “great!” I was doing. Then we’d leave the building and I’d have zero words for my wife. Erica would sit across from me, eating with tears rolling down her cheeks while I finished most meals without a word then mostly slept until the next session. She drove all the 10-hour round trips to appointments while I rode shotgun in silence, unable to explain the physical exhaustion from merely thinking. For weeks, I spoke only when I found it necessary which, outside of a therapy office, was almost never.

My kids got a dad with what felt like a permanently grumpy attitude. Public Ryan would smile at friends and clients and was doing great on his shoots, but Private Ryan was tired, silent, and moody. My daughter and sons had only known an affectionate, attentive, playful optimist their entire lives. Now, they didn’t know if – or when – that dad would be back. This went on for nearly a whole year.

My friends lost their buddy. The weekly poker night I was part of for years continued without me. Too exhausted to do much more than simply be awake during the day, I was regularly in bed before the first hand of the evening was dealt. The game went on and the guys missed me, but I felt detached and indifferent.

My business, though, was a different story. The world shut down about a month after my accident, right at the start of our spring season. This left my wife, the business half of Pure7, to carry the weight of our family and livelihood herself. It turned out that years of marriage and business coaching we had done together prepared her for this year. She had to not only keep our studio going, but also keep me going. So that’s exactly what she did.

Just weeks out of the hospital, she scheduled 75 sessions to be shot within a 10-day period, to raise money for a local non-profit.

Turns out, it was the perfect number.

The first day I raised the camera to my uninjured eye and aimed it, my creative side kicked in and brought my muscle memory with it. I knew what to do with no effort. I shot with ease and edited like nothing had ever happened. Over the next few months, people ventured beyond their porches and beach portraits resumed. Back in my element, conversation flowed for me there as easily as the water. In at least one area of my life, I was still in the game.

While I was coming alive in my work, my people were starving for my affection. Outside of photography, thinking the simplest things about anything took enormous energy in ways I couldn’t explain. I was happy just to be alive and couldn’t figure out why that wasn’t enough for everyone else. Coaches and therapists couldn’t reach me for a long time because I was convinced that I was fine. I was recovering physically, but couldn’t see that I wasn’t me.

Slowly, as I came off medications and my eyesight improved, my perspective started to clear. I saw with new eyes my kids’ confusion and my wife’s loneliness, and it helped me want to get better. I learned to put survivor’s guilt in its place and express care to the people I loved. My people needed me. They needed me to get back in the game of being myself.
After months of hard work, it was almost the year anniversary of the accident when something shifted. I couldn’t tell you exactly what that was. There was no lightbulb moment, no profound epiphany. What I do know for sure is, I’m back in the game.

I’m back in the game in my marriage because my wife stayed in the game when I was sidelined. Erica and I actually talk again, and date nights don’t end the minute we pull in the driveway. We plan fun things to offset upcoming eye surgeries. On the hard days, we work together on what our new normal looks like. I’ve learned it’s important to have a spouse who builds your marriage with you so it can weather the rough seasons.

I’m back in the game with my kids because I’m the only dad they have. We’re building a house on some land that gives us space to get outside and do stuff. It’s the best feeling in the world to watch my boys be the third generation to learn to drive the family bobcat. Taking photos of my daughter at birth is what started my creative journey. I’ve learned it’s important to have people who remind you of your purpose.

I’m back in the game in my relationships because my friends made sure I didn’t stay away. They texted regularly whether I answered or not. As my body healed, I had more energy to stay up later and started to miss my poker buddies. I couldn’t yet process rules and strategy the same as before, but they didn’t care; they just wanted me around. I was amazed to experience muscle memory kicking in as I got back to playing, and was stoked when I won! I’ve learned it’s important to have friends who keep a seat for you at their table.

I’m back in the game at the studio because Erica expected me to show up as a business partner. I had one working eye and was fresh out of brain surgery, but there wasn’t time to think about that because she had shoots booked. Some people might say, “Are you kidding me?” but I’m so glad because she didn’t let me quit. Not everyone has an Erica. I’ve learned it’s important to have someone who keeps you moving forward when you can’t see the next step.

There’s a gratefulness you have when you’ve survived something that should have taken you out. That’s where I am now – grateful. My accident was not a “2020 was awful” thing, and it wasn’t a lesson God had to teach me the hard way. Life just happens sometimes. It’s what you do with it that determines the next season – not just for you, but for everyone coming after you.

If I could leave you with one thing, it would be a song I love called “The Blessing” by Kari Jobe and Cody Carnes. The lyrics remind me of what’s important, and they make me feel alive! You should stop and listen to it. Then, if you haven’t had a photo session with your family in a while, or maybe ever, contact me. Let me take your picture. Let me help you see your blessings through new eyes.

There are so many reasons I’m back in the game. I’m convinced that one of those very important reasons is to remind you that life is good.

The below portraits were from a surprise photoshoot set up by Erica for my 40th birthday, and an incredible gift from my friends at Modernmade Photography: 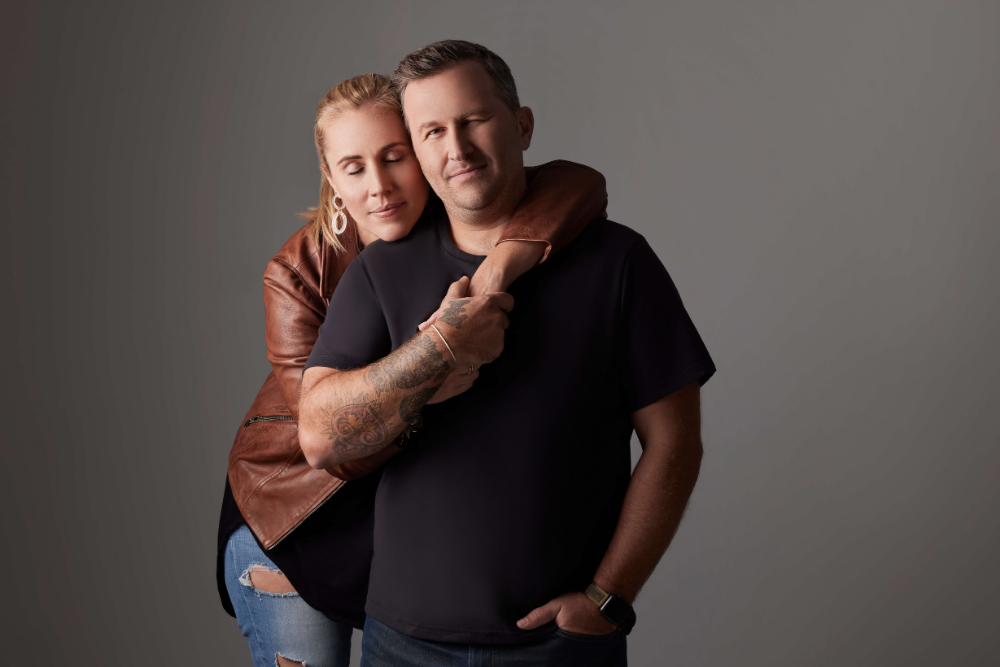 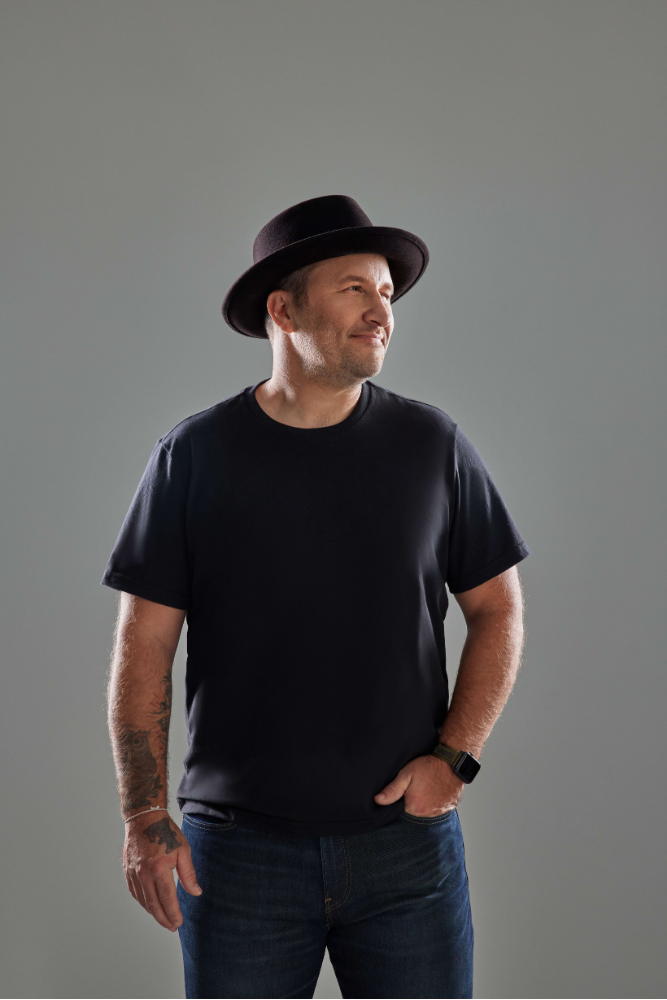 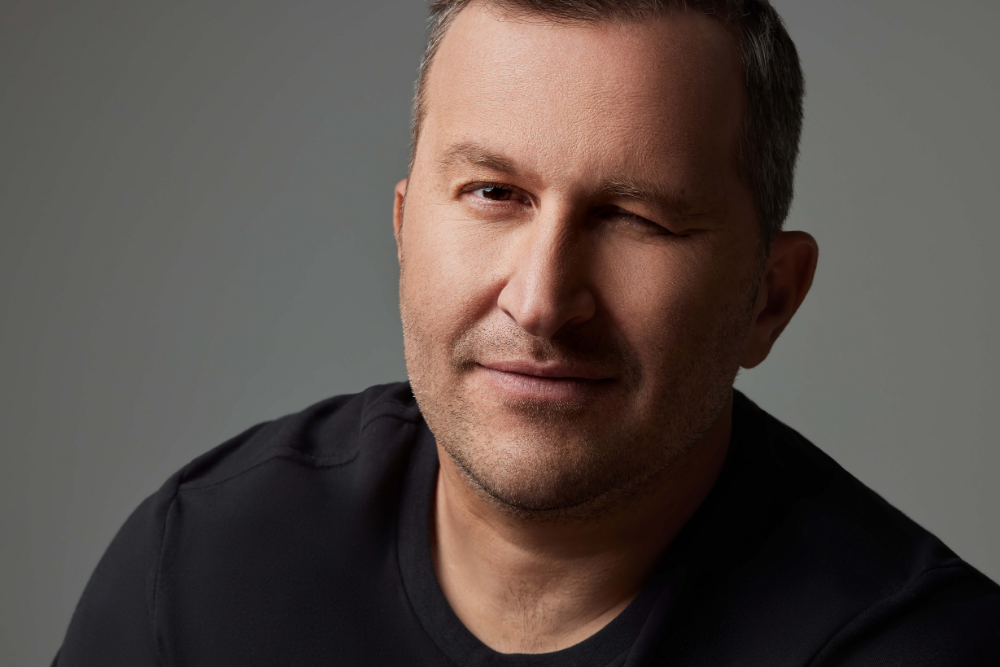 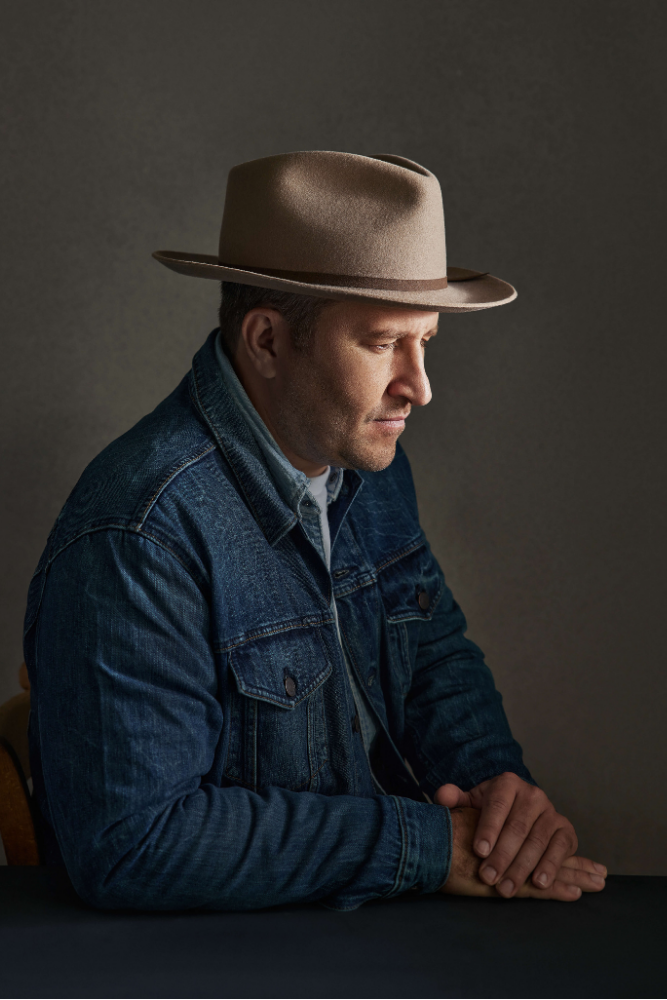 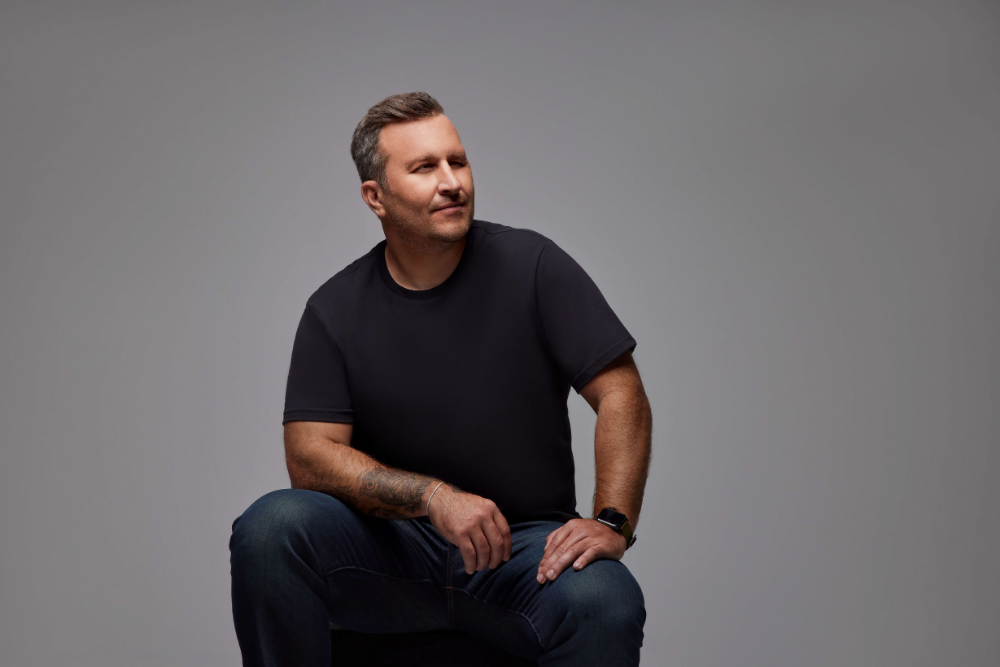 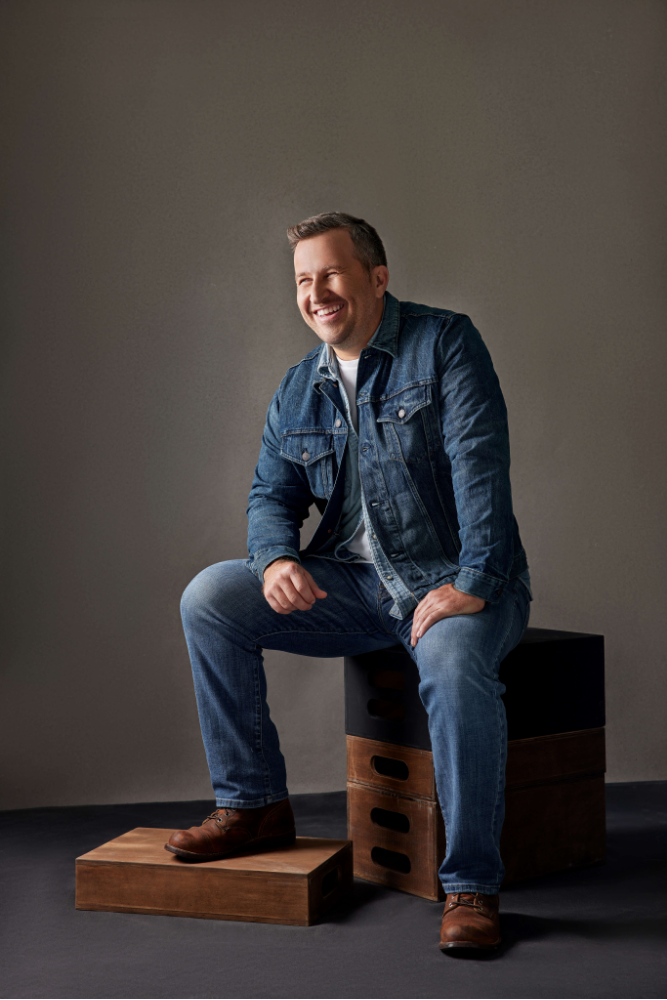 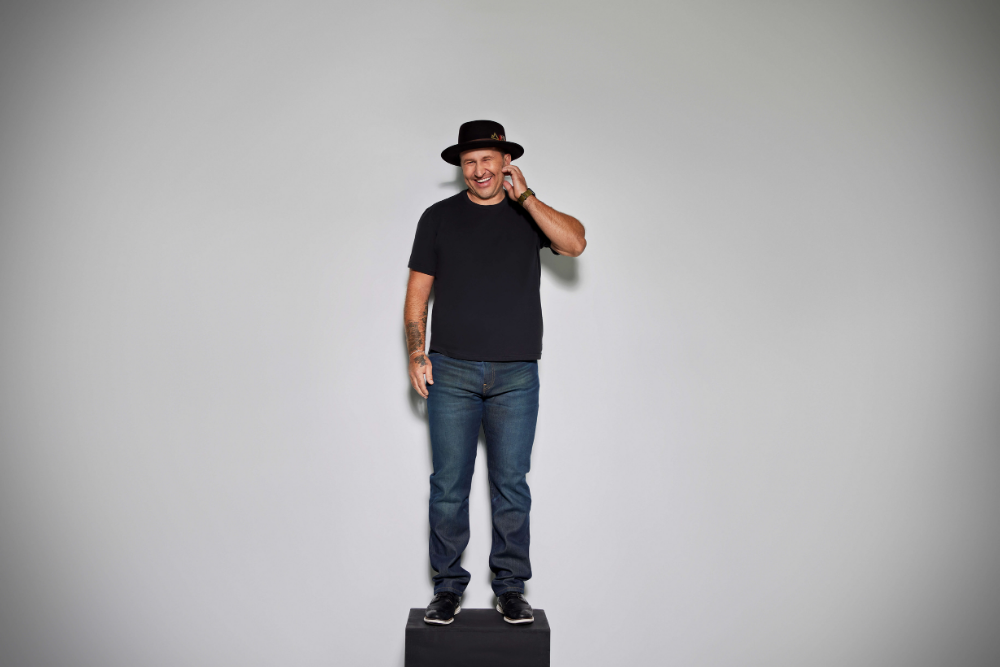 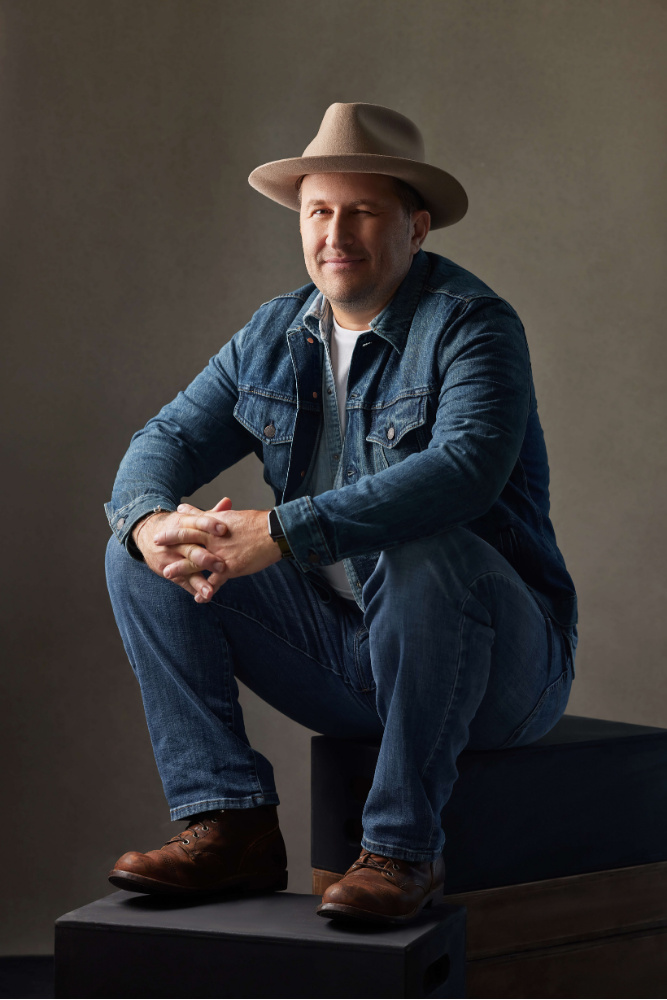 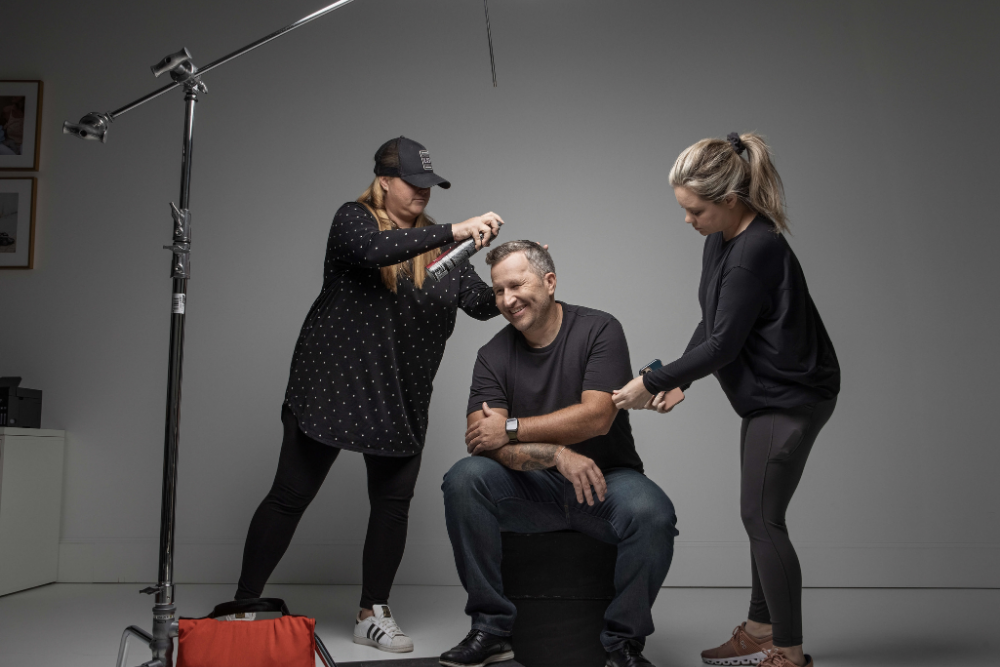